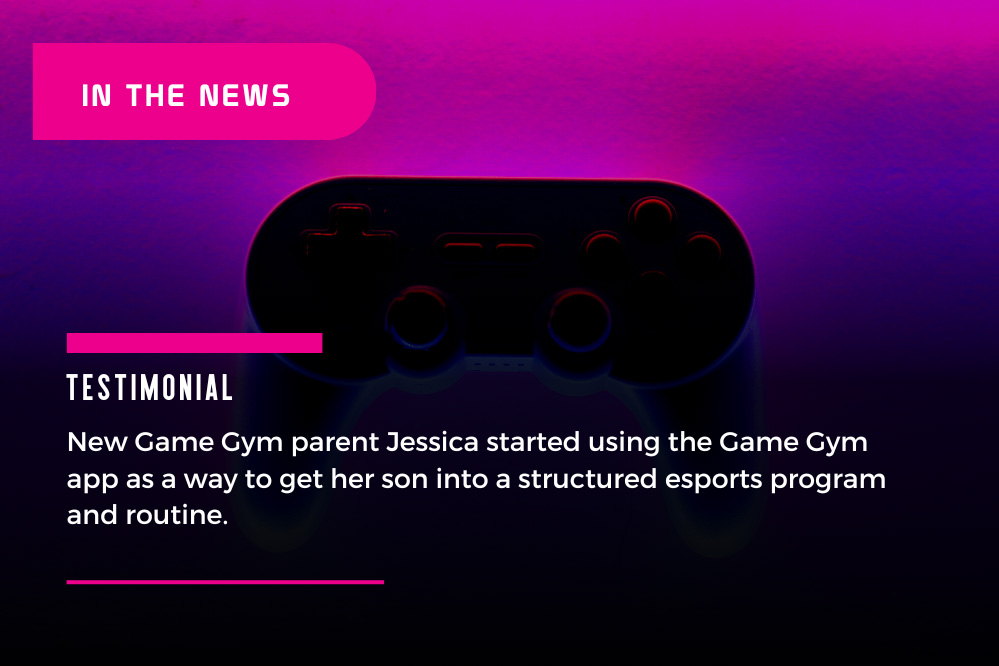 Jessica Gaffney is a veteran of the traditional sports world, but when her nine-year-old son Hudson started playing esports, she was lost.

She’s been in the sports hospitality industry for 22 years and has helped support multiple Super Bowls, the U.S. Open for tennis and golf, many different racing events, and spent years in the NFL. None of that prepared her for Rocket League and Super Smash Bros.

“Video games are just a different world-a whole new ballgame, and as parents, we don’t have the tools we need,” she said.

She said Hudson started playing video games after seeing those around him also competing.

Luckily, she learned about Game Gym. She signed up for a free preview of the Game Gym app where his son has been watching Game Gym-certified coaches talk about Rocket League and Super Smash Bros.

“We’ve spent some time exploring it together and he LOVES it!  In his words, he cannot wait to learn tips and tricks to beat his friends!”

Game Gym is committed to helping gamers of all ages train better, plus helping parents to understand this hobby that is captivating huge numbers of children and college students.

“I very much like the approach of a ‘workout’ with a clear focus, time frame, and goals to accomplish when gaming, Jessica said. “And I think it’s great that Game Gym is also helping parents to understand the opportunities that are available for gamers, and helping gamers to make the most of their interest in esports.”